The Bioiron community proudly salutes IBIS veteran member and distinguished scientist and clinician Hossein Ardehali, MD, PhD, Professor of Professor of Medicine – Cardiology and Pharmacology on his election as President of the American Society for Clinical Investigation (ASCI). We wish him success in his new post as in all his scientific endeavors that, as we know, are intimately related to iron in health and disease.

In Memory of Barry Paw 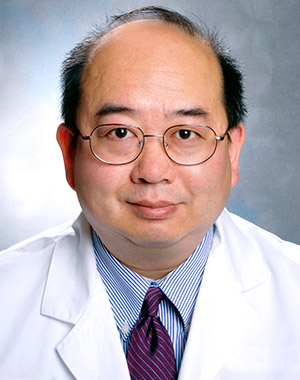 IBIS, the BioIron Society joins the medical and scientific community in mourning the loss of one of its most prominent members, Barry Paw, MD-PhD.

It was with great sadness that we learned that our friend and colleague Barry Paw (age 56) passed away on Friday, December 27. Barry and his parents came to the United States from Burma in 1969, when he was seven years old. He commented on his emigration, a comment that’s probably worth repeating.

“Even with their education, it was like Nazi Germany, first comes loss of right to own property, then citizenship, then right to teach at a university the next year. It comes in increments so people keep hoping, perhaps next year would be better… Then it is too late to leave. By 1969, we waited 2 years for permission to leave which disqualified you from working for civil service, and we landed in US with US$ 30 per person and 1 suitcase of clothes per person. Whatever wealth we had was left behind. America gave us a real 2nd chance to build a new life.” 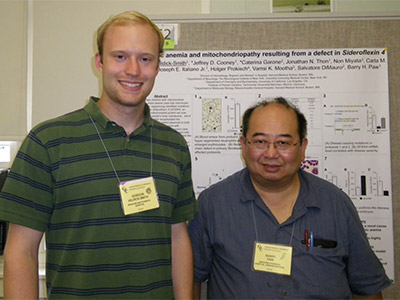 Barry’s family lived in California and he was educated at California public schools and universities. He did his undergraduate work at University of California at Berkeley. As an undergraduate Barry published his first scientific papers with Joe Nielands on the synthesis of bacterial siderophores. Barry then did a MD/PhD in University of California Los Angeles with Elizabeth Neufeld. In a series of papers, with Barry as first author, they identified the molecular basis of adult and chronic Gm2 gangliosidosis (Tay-Sachs disease) a disease which is highly prevalent in Ashkenazi Jews. 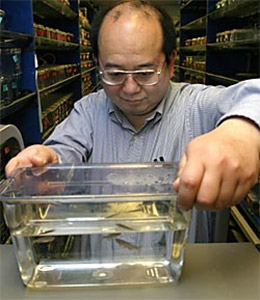 Barry then did his residency in Pediatric Hematology and Oncology at Boston Children’s Hospital, Harvard Medical School. Barry did a fellowship with Len Zon and was Len’s first fellow working on zebrafish. First with Len and then as an independent investigator Barry pioneered the use of zebrafish to study red cell development focusing on iron and heme metabolism. His work resulted in the identification of a number of genes involved in these processes. Barry’s studies pioneered the use of zebrafish for the analysis and study of genes responsible for human diseases.

Barry loved to collaborate and a list of co-authors on his papers include many in the field. But even beyond that — Barry was a mentor, as one of his former trainees said” I remember Barry as someone who was very aggressive about helping trainees promote their careers and very honest about what we needed to do to get there. I think the most outstanding contribution was getting technicians first author papers in top journals and they pretty much had their pick of what they wanted to do. Not many PIs will invest this much into people who are so junior.”